When all is lost and there is nothing left to give....sit, wait, listen 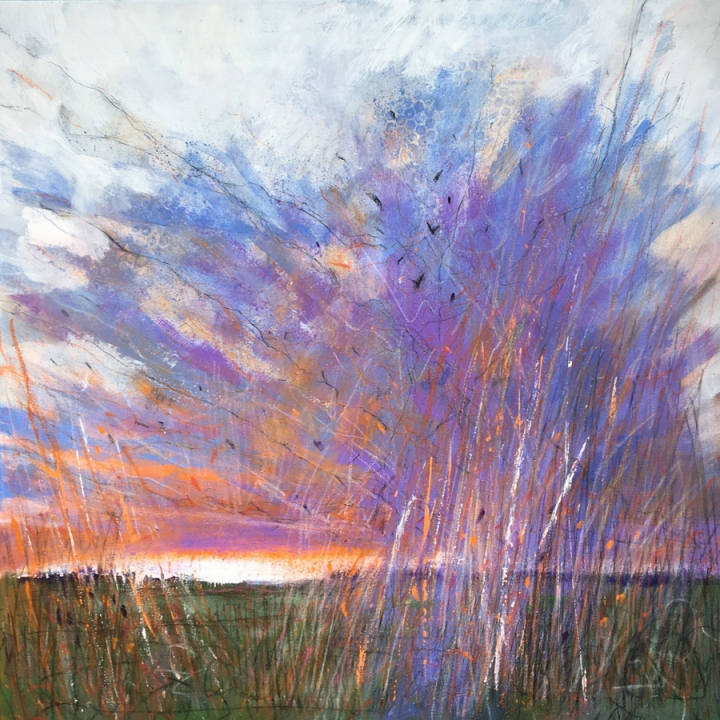 Catching the last of the light, feeling breezy as I round the corner 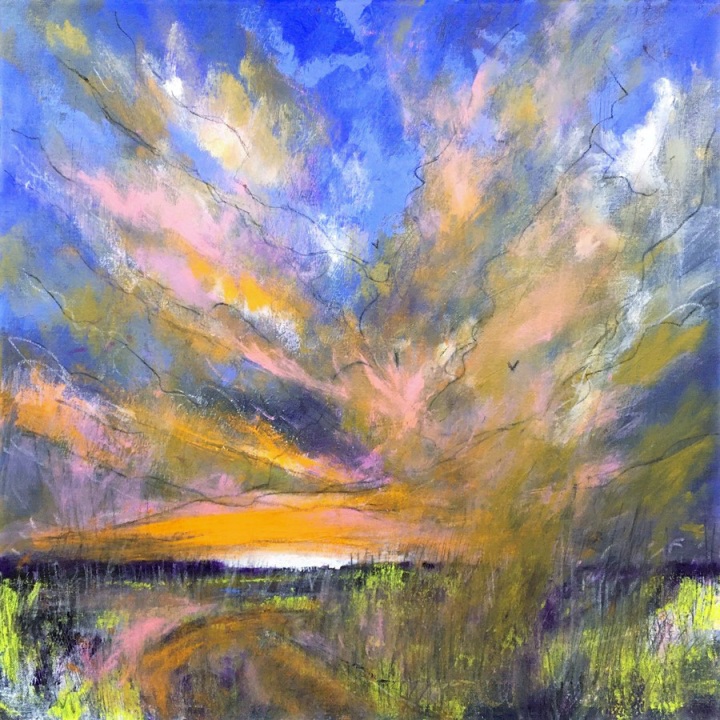 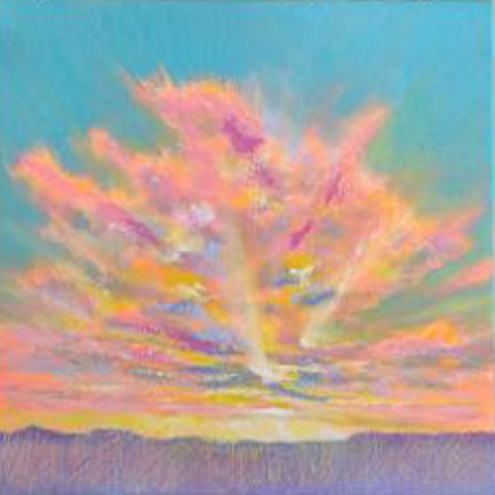 You need to know it'll be alright, trust, sit and wait a while 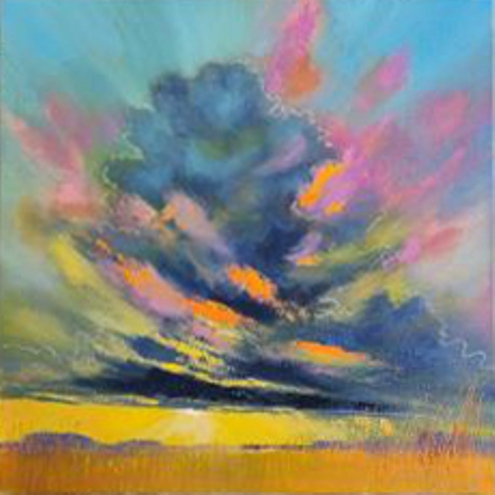 It may feel impossible to keep going, but lift up your head and see what's really there 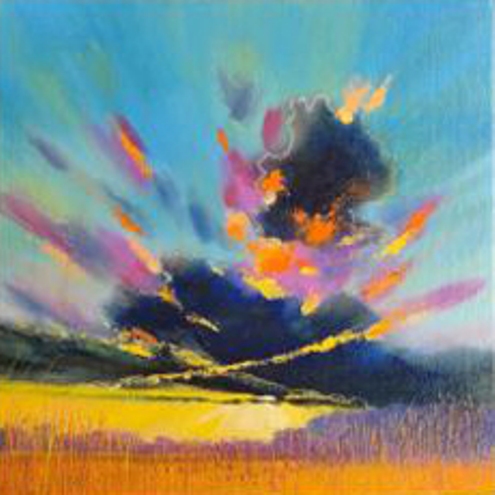 The clouds scuttle across near the bend at Red Tile, birds scatter, wind cold 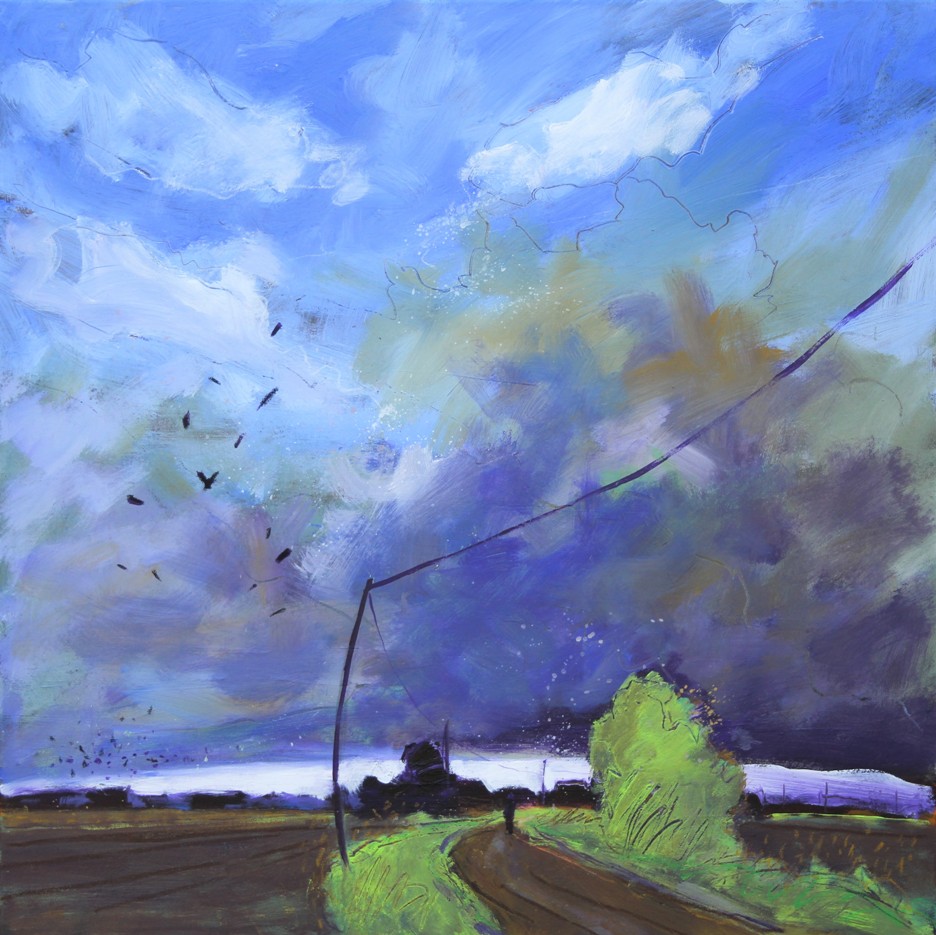 My hope is built on nothing less (peace within, strength throughout) II 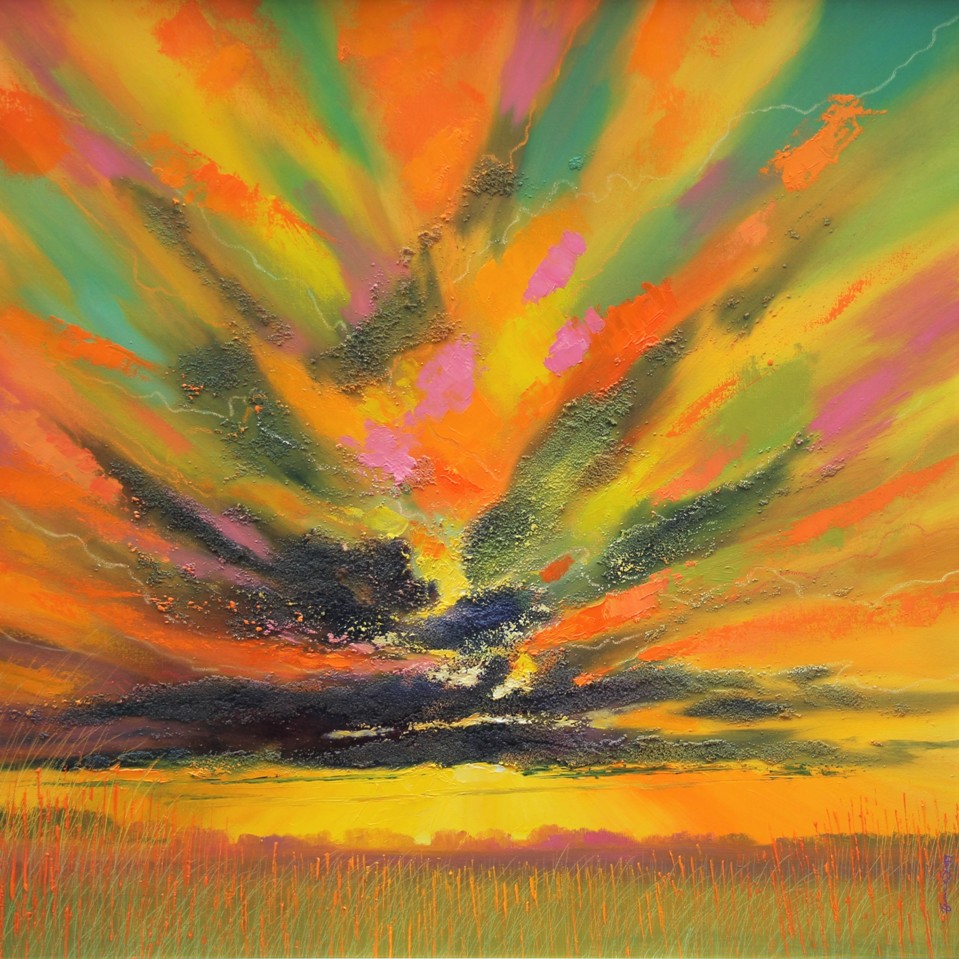 My hope is built on nothing less (peace within, strength throughout) 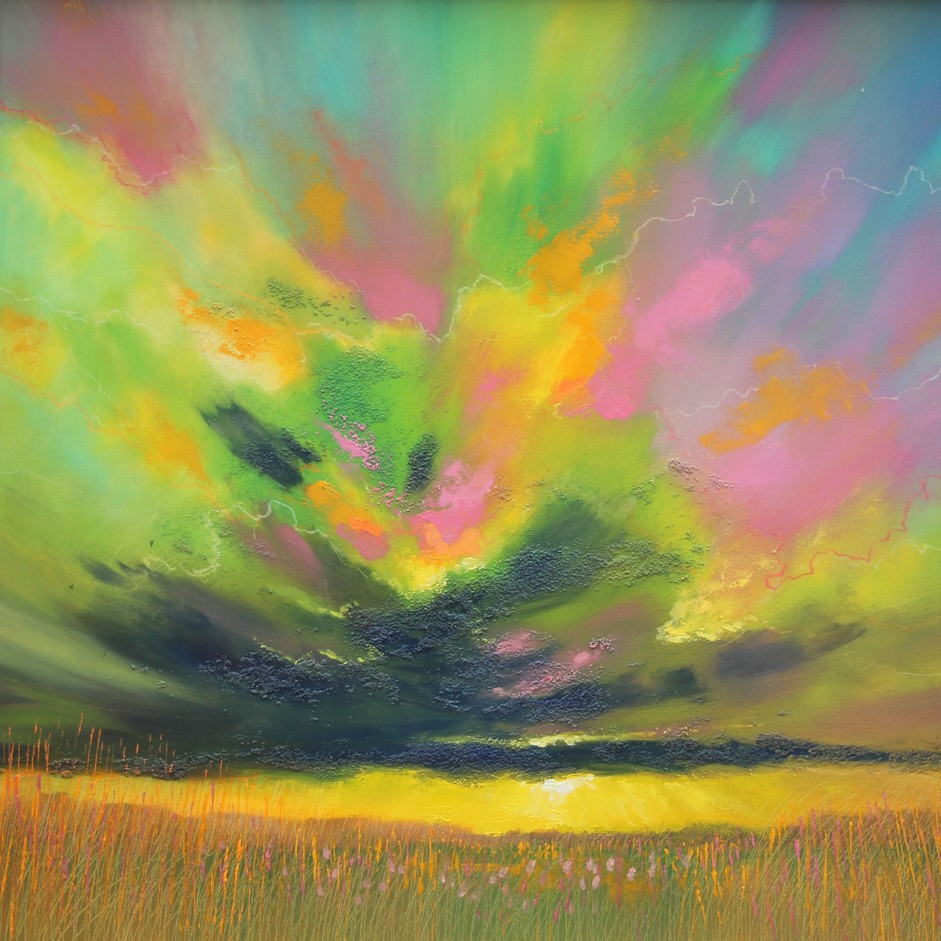 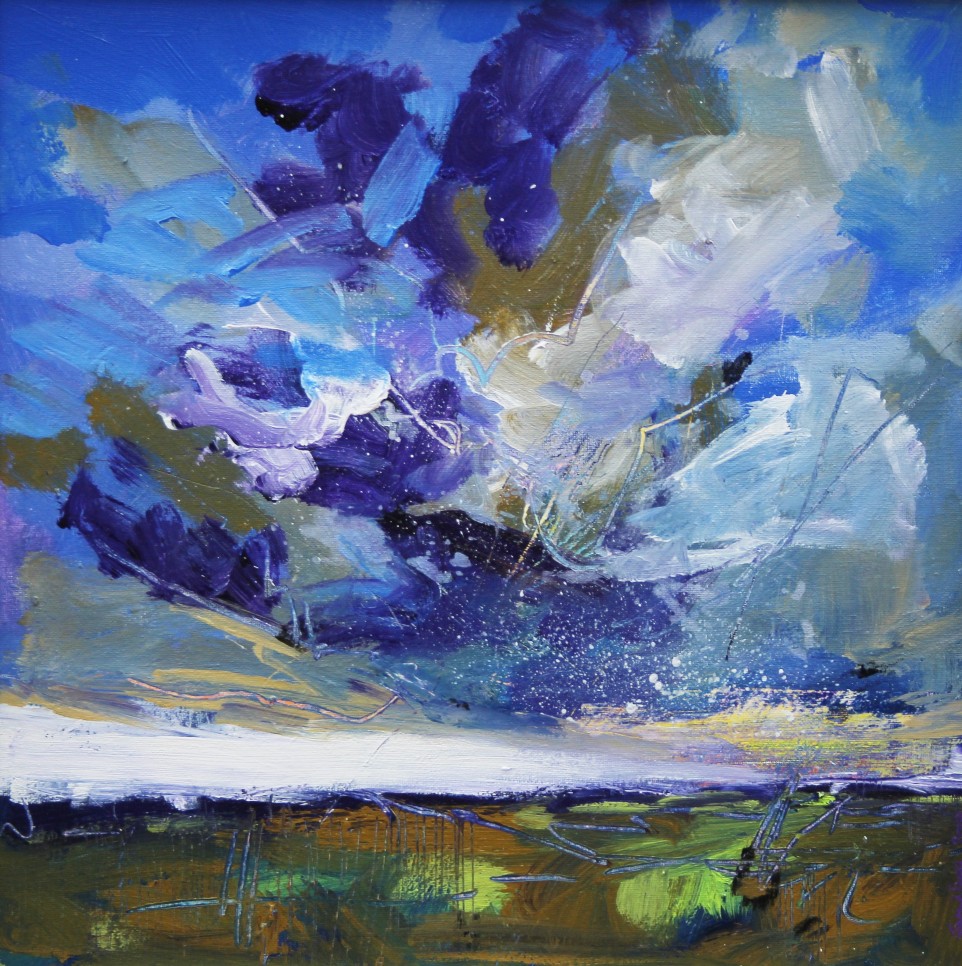 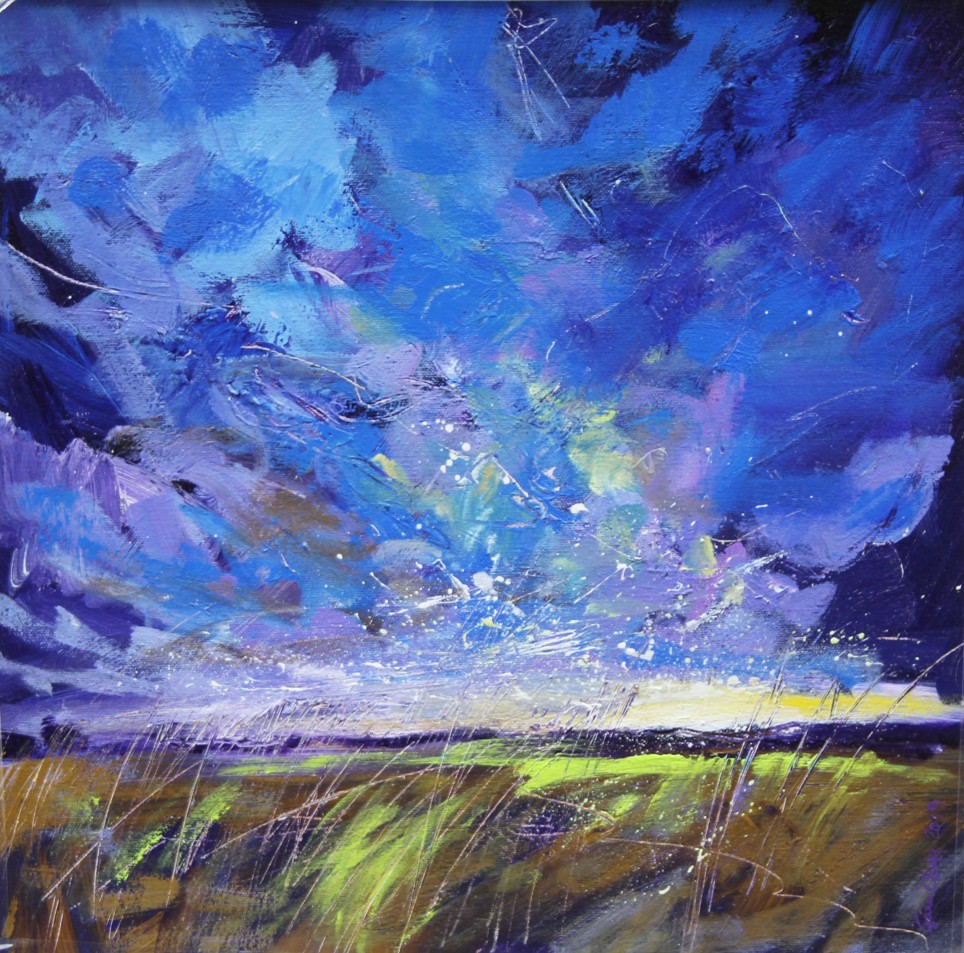 Jamie Sugg is a Cambridgeshire based landscape and wildlife artist, living on the edge of the fens. While it was always his intention to become a professional artist early on in life, it actually took the best part of 20 years to bring it to fulfilment, via a career in reprographics, structural engineering, construction and the National Trust. He had always painted as a hobby, completing a few commissions for friends and family in his spare time, but was never able to commit longer hours to it.

It was while working for the National Trust that Jamie experienced long-term illness in January 2014, which resulted in him no longer able to work. He had signed up to take part in Cambridge Open Studios for the first time, just a few months before he became ill, and the success of that first event in the summer of 2014, with the amazing help of his family who manned the exhibition for him, confirmed that what first looked like a disaster may have a silver-lining after all. The following summer he was ill-health dismissed from his job and he took the opportunity to see if he could make a living from being an artist. Long periods of rest, recuperation and rehabilitation were punctuated with short sessions of painting and drawing. A year later he began to explore leading small group art workshops, and also exhibited for the first time with The Darryl Nantais Gallery, Linton.

A steady flow of commissions, local sales to private clients and more Cambridge Open Studio exhibitions committed Jamie to working hard to regain his health and to develop his artistic output.  He has regularly led workshops with Tindalls Art Newmarket, as well as demonstrations for local art groups and societies.

The Fens of East Cambridgeshire is his constant inspiration – the vast never-ending skies, the interaction of light on the flat landscape and the movement of clouds across the sky combines with an endless search for mark-making and vibrancy to create works of bold colour, strong contrast and a sense of movement and emotion.

He uses brushes, palette knives, nails, credit cards and pencils to create marks on canvas and board, layering paint over these marks and working into thicker impasto paint to reveal the layers underneath.

Hopeful, grateful, days like these should last for eternity 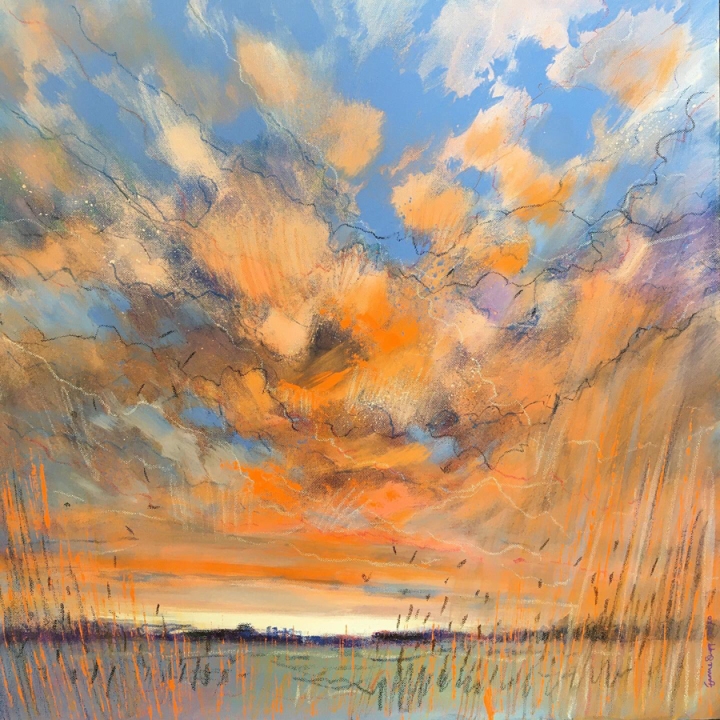 Just past Cow Bridge, linseed in flower, Chaffinch and Kestrel 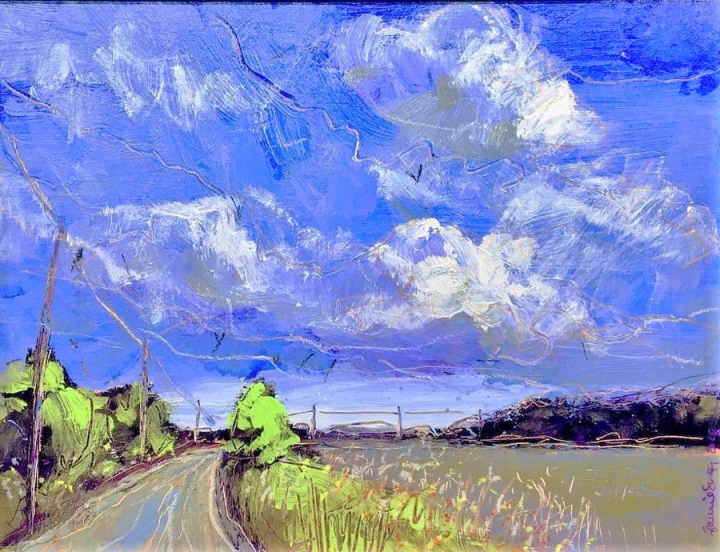 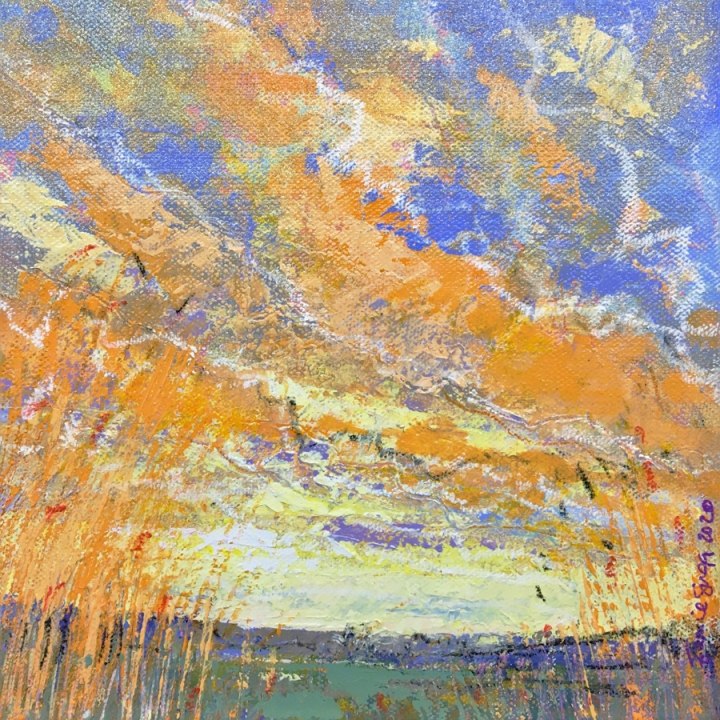 We felt His whisper in the summer's breeze 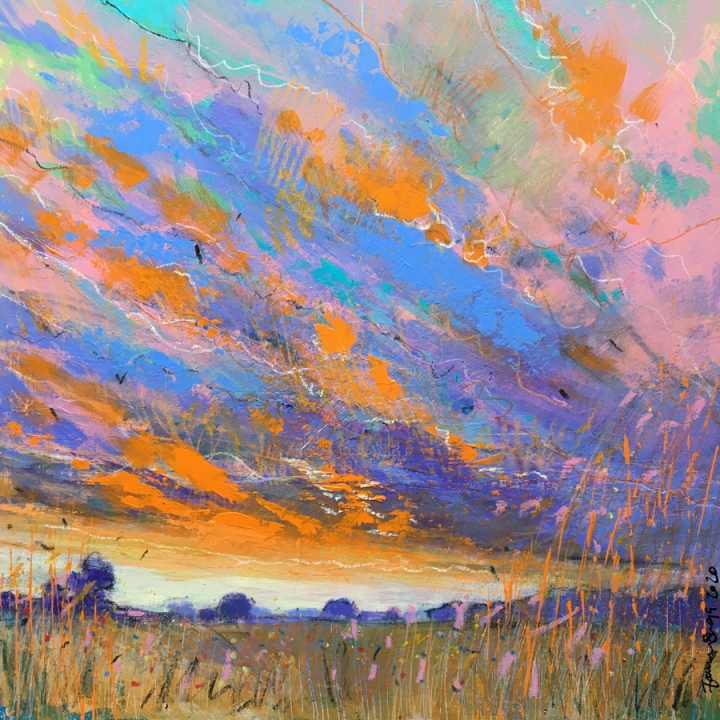