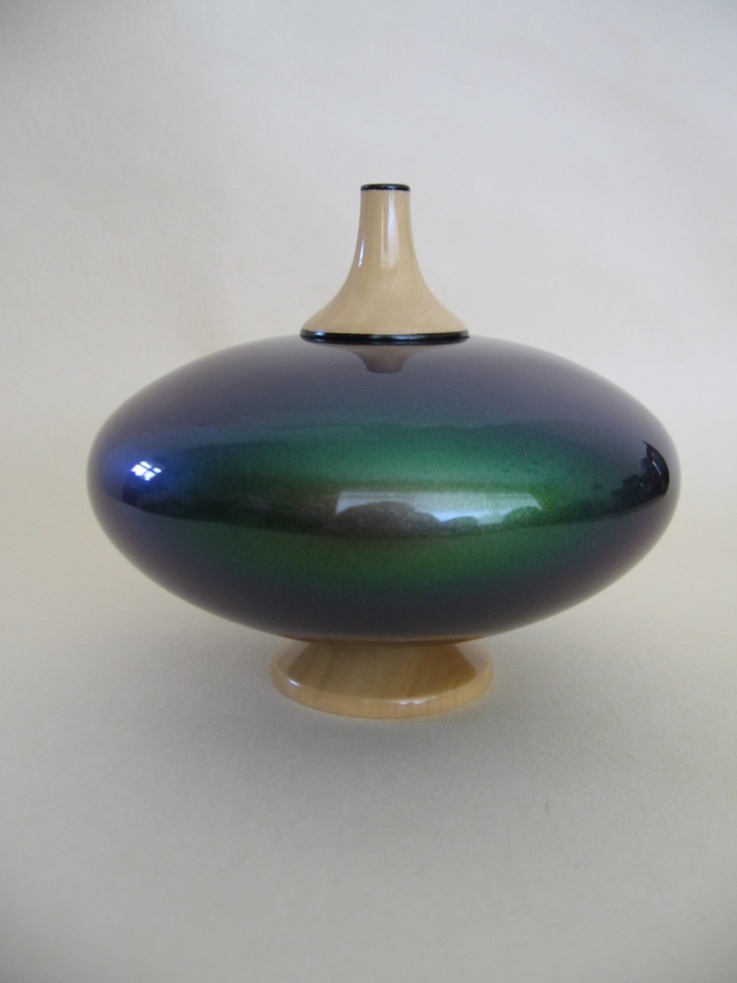 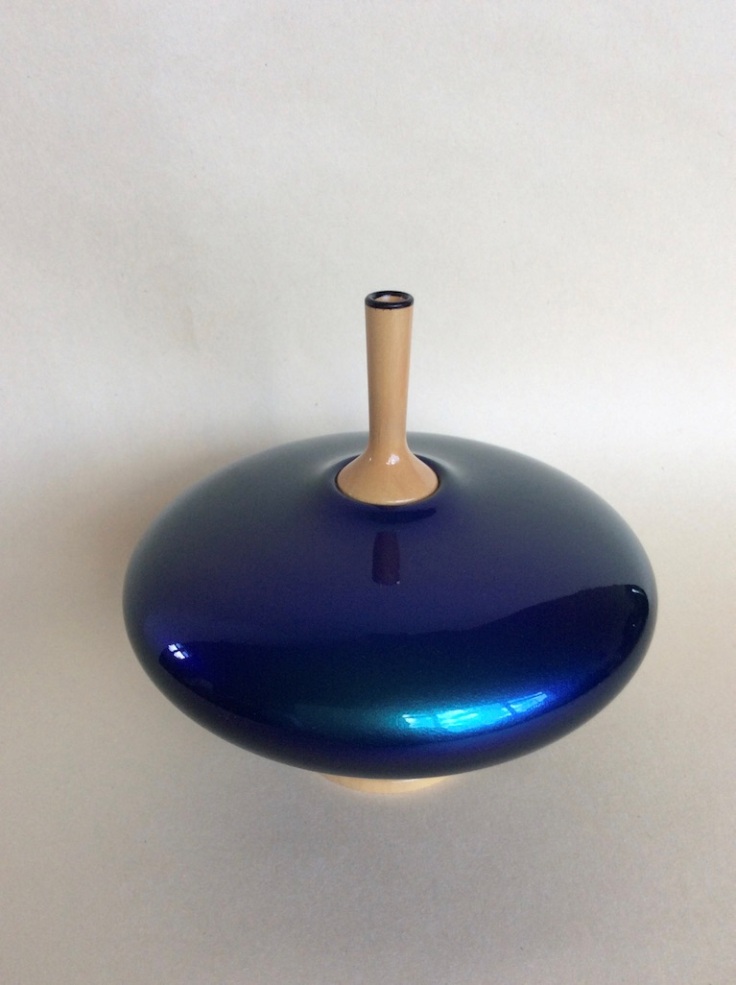 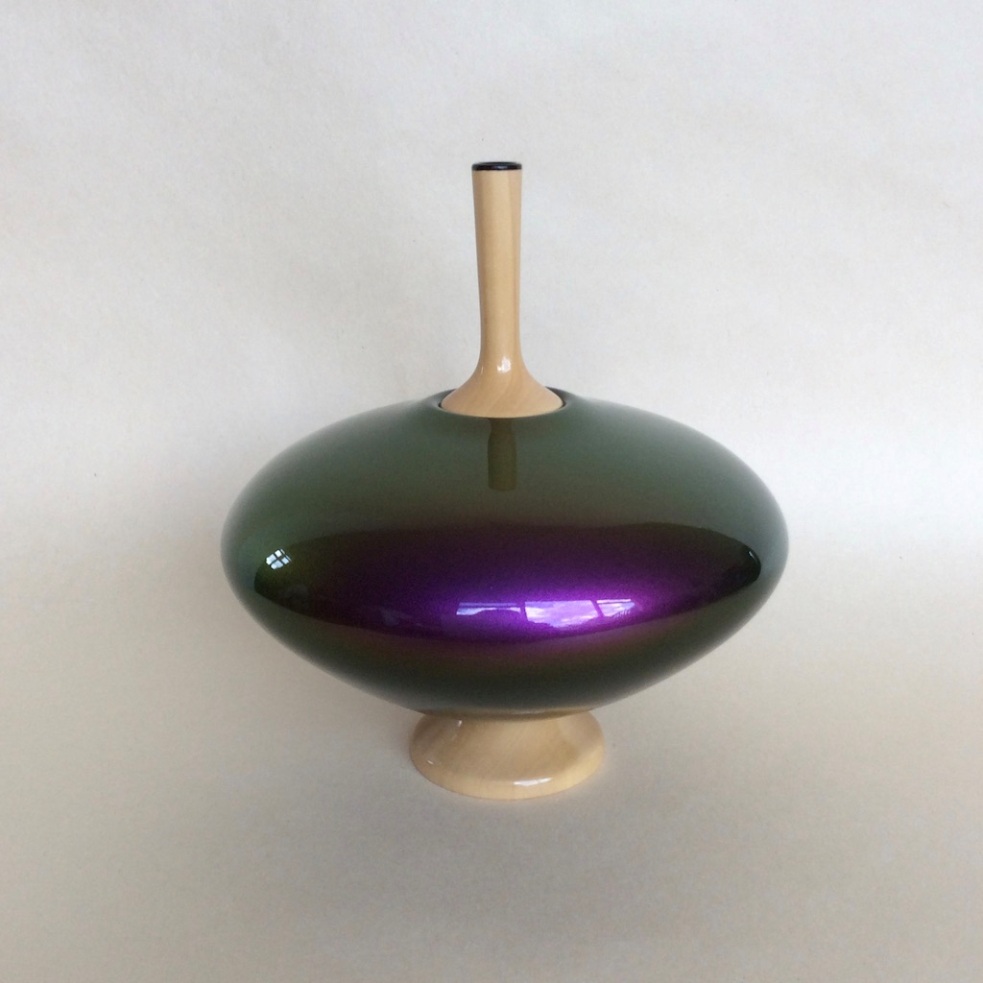 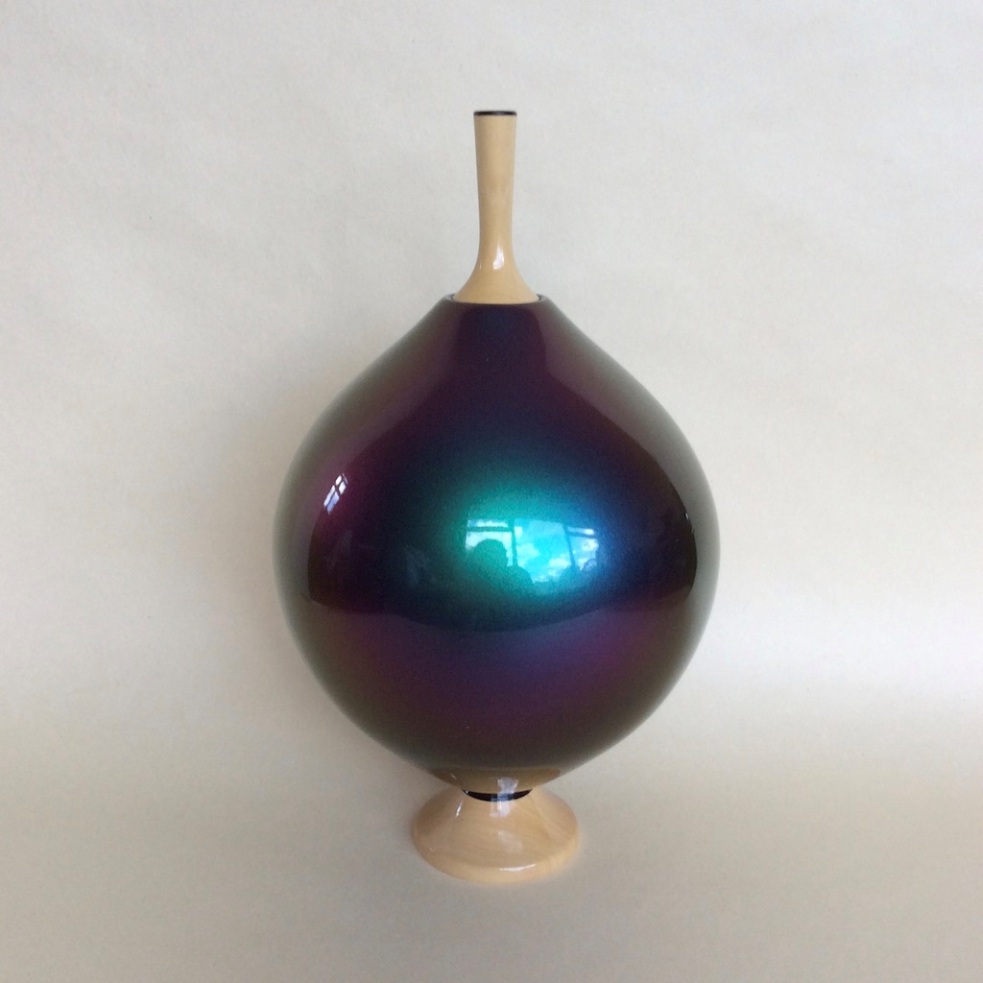 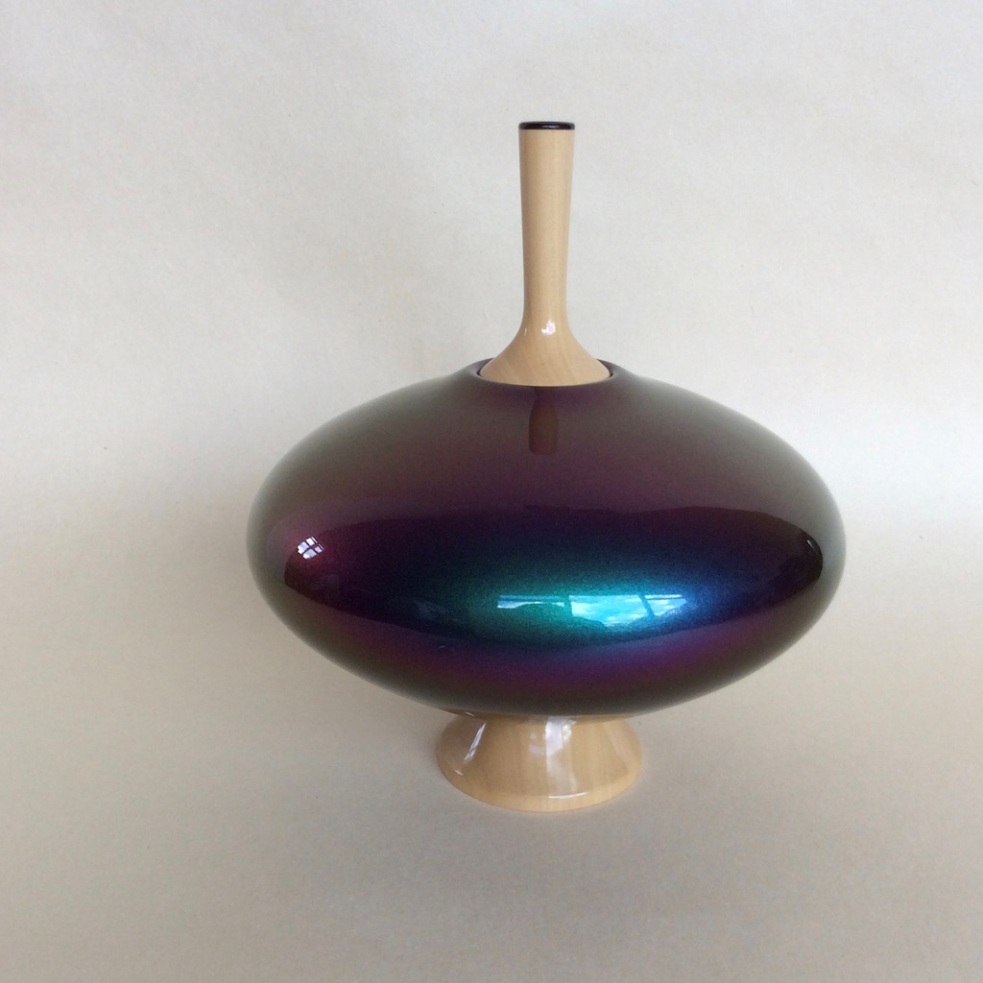 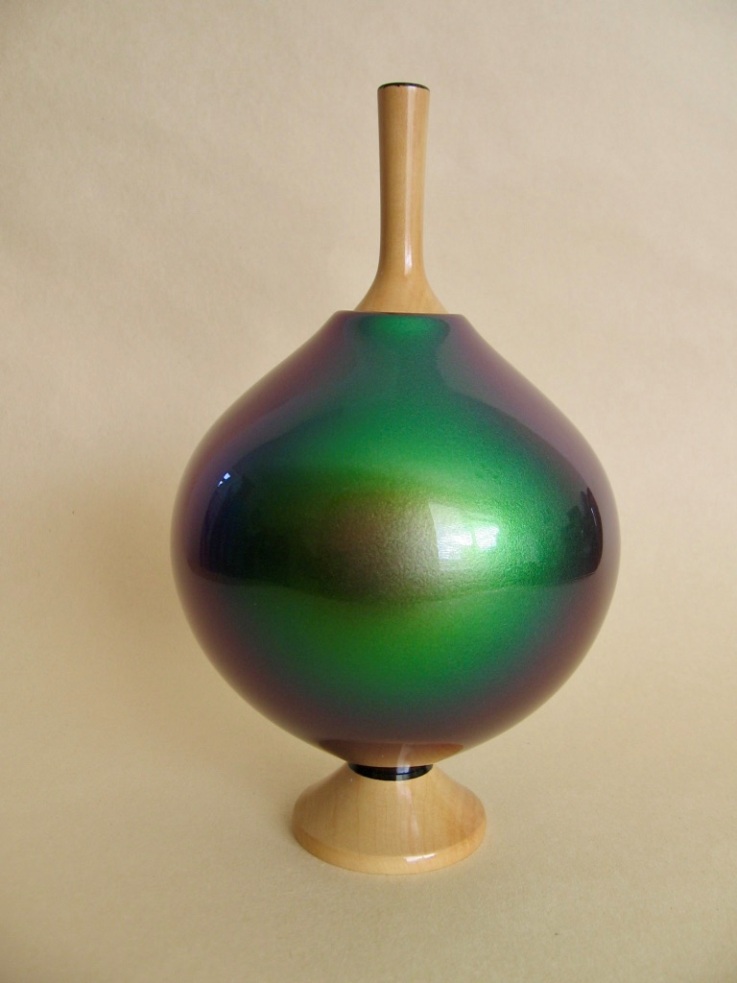 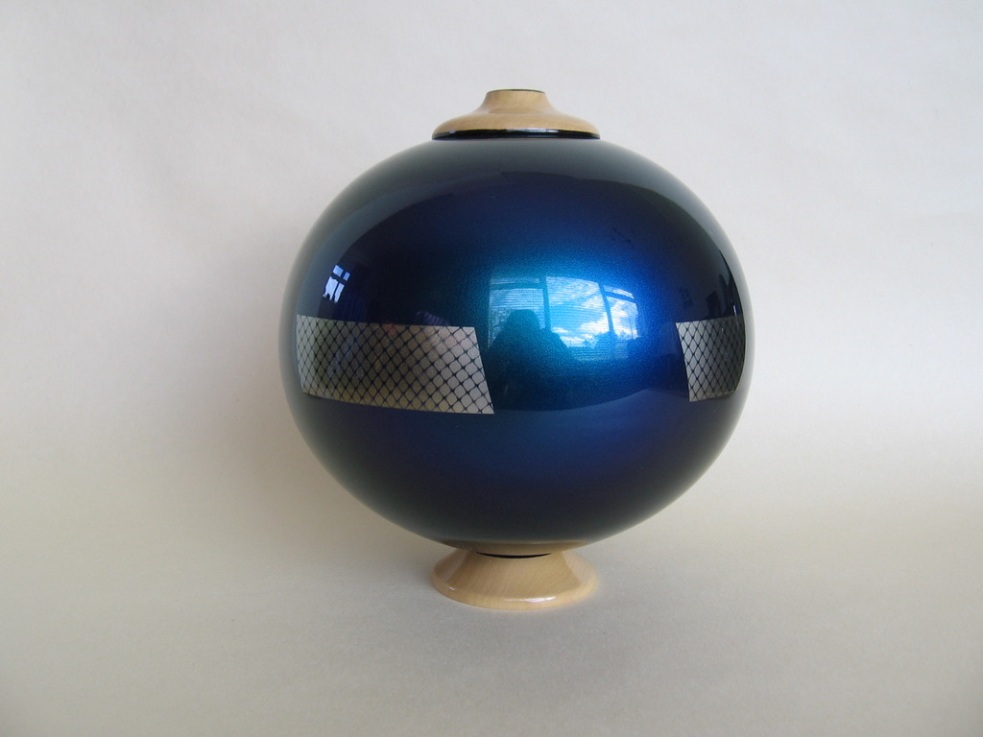 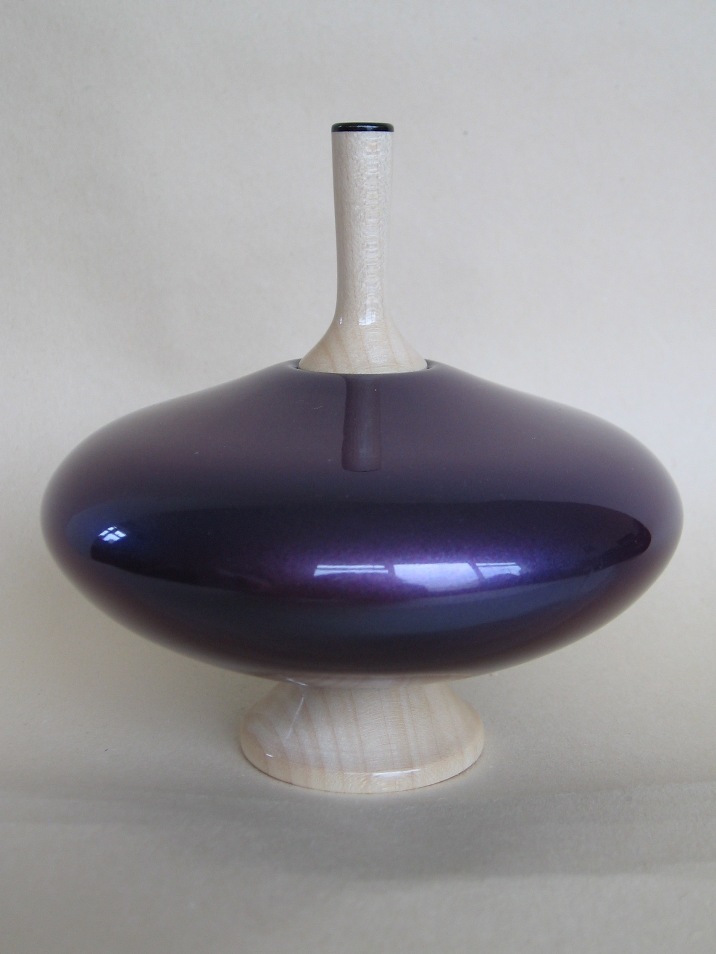 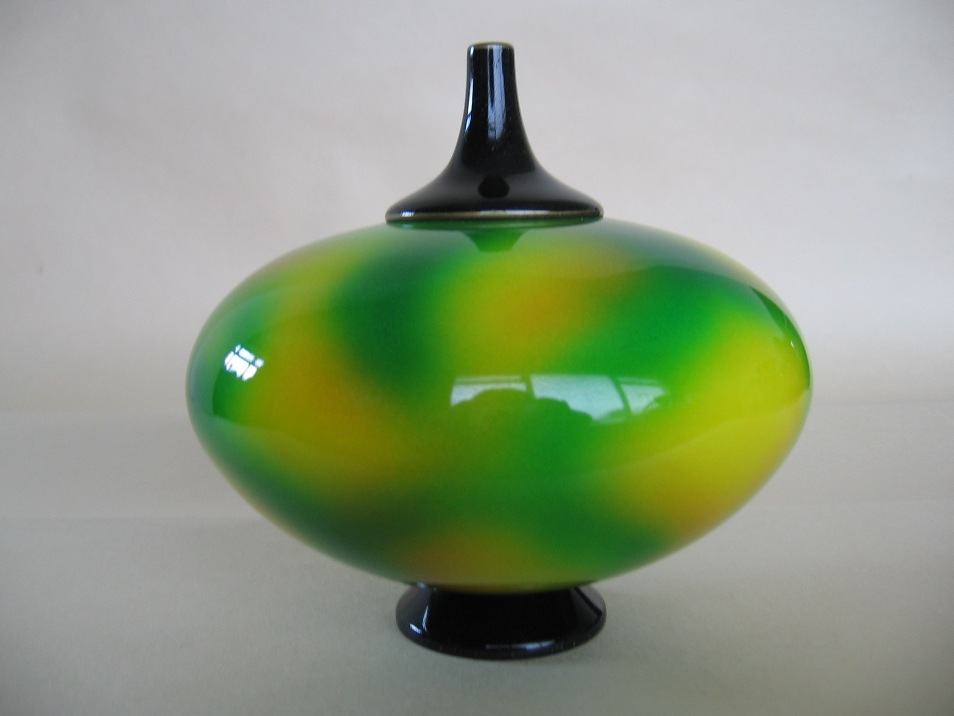 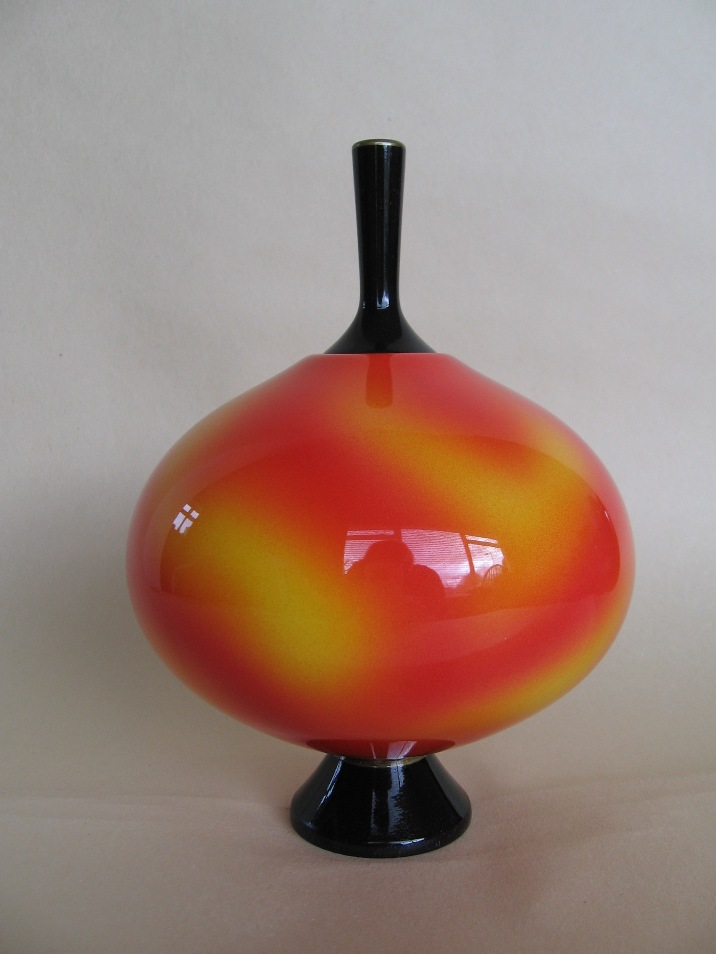 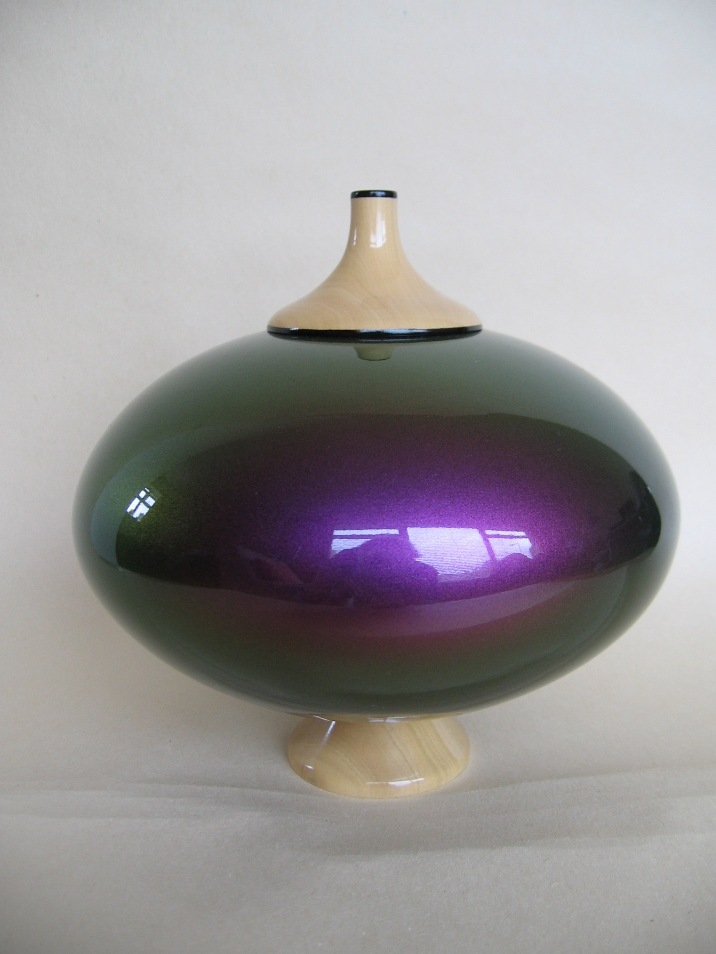 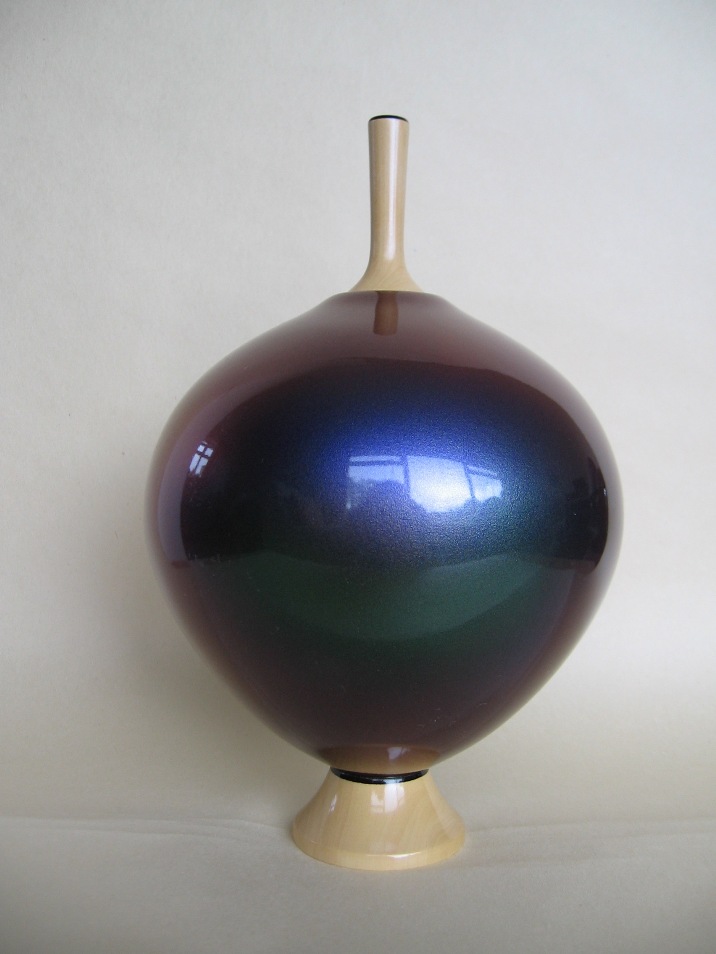 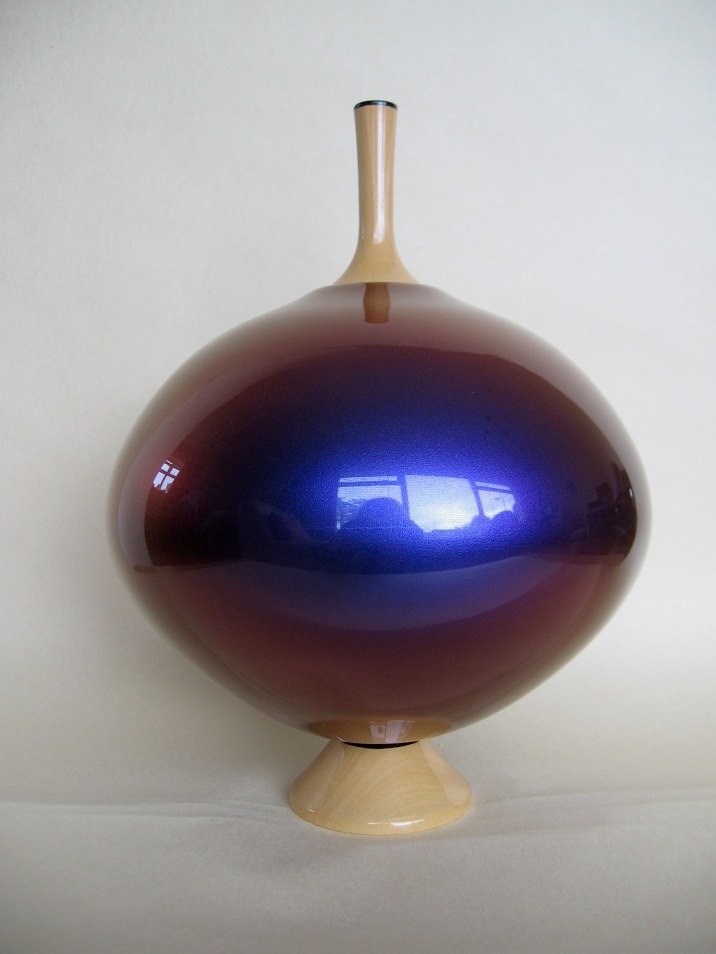 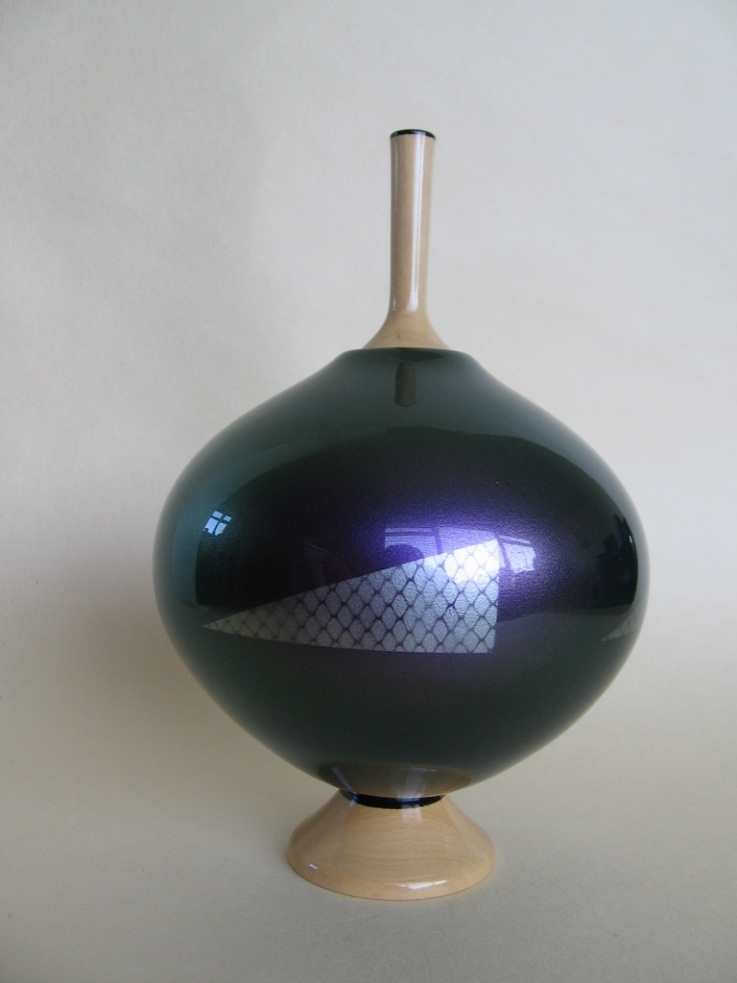 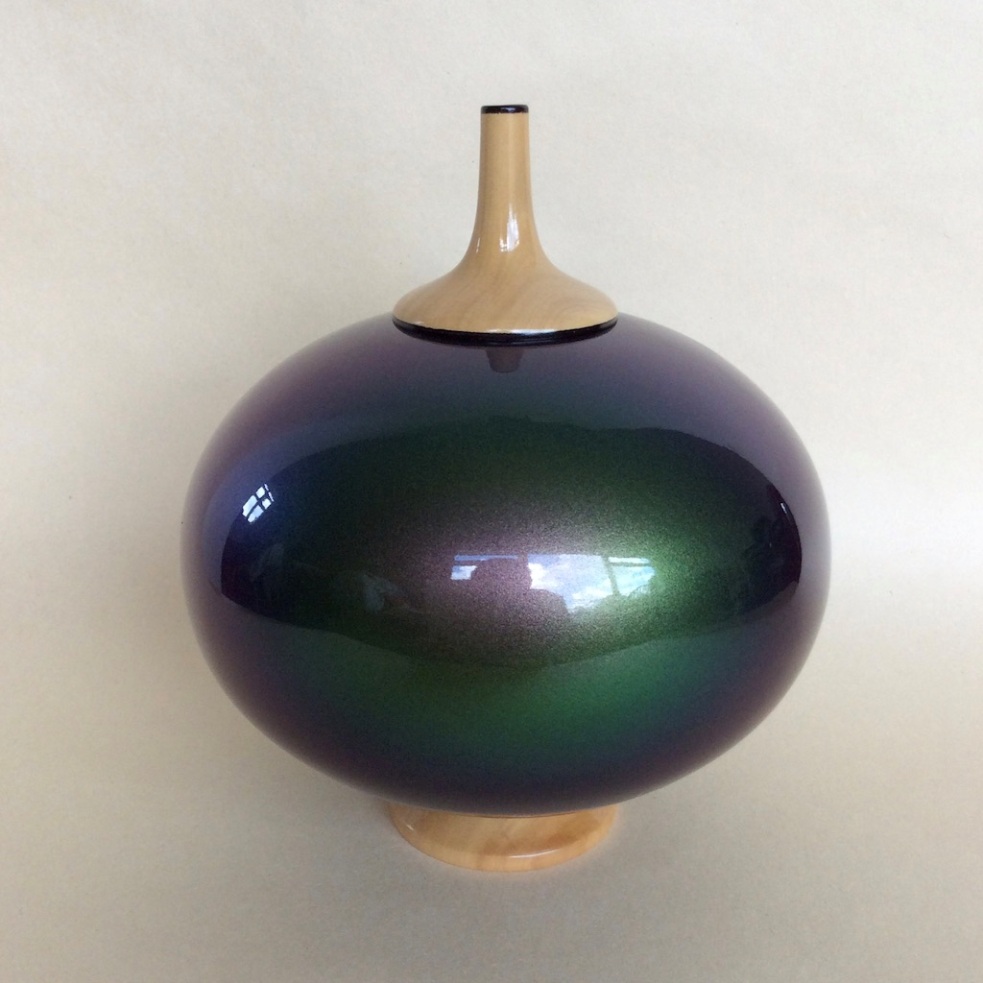 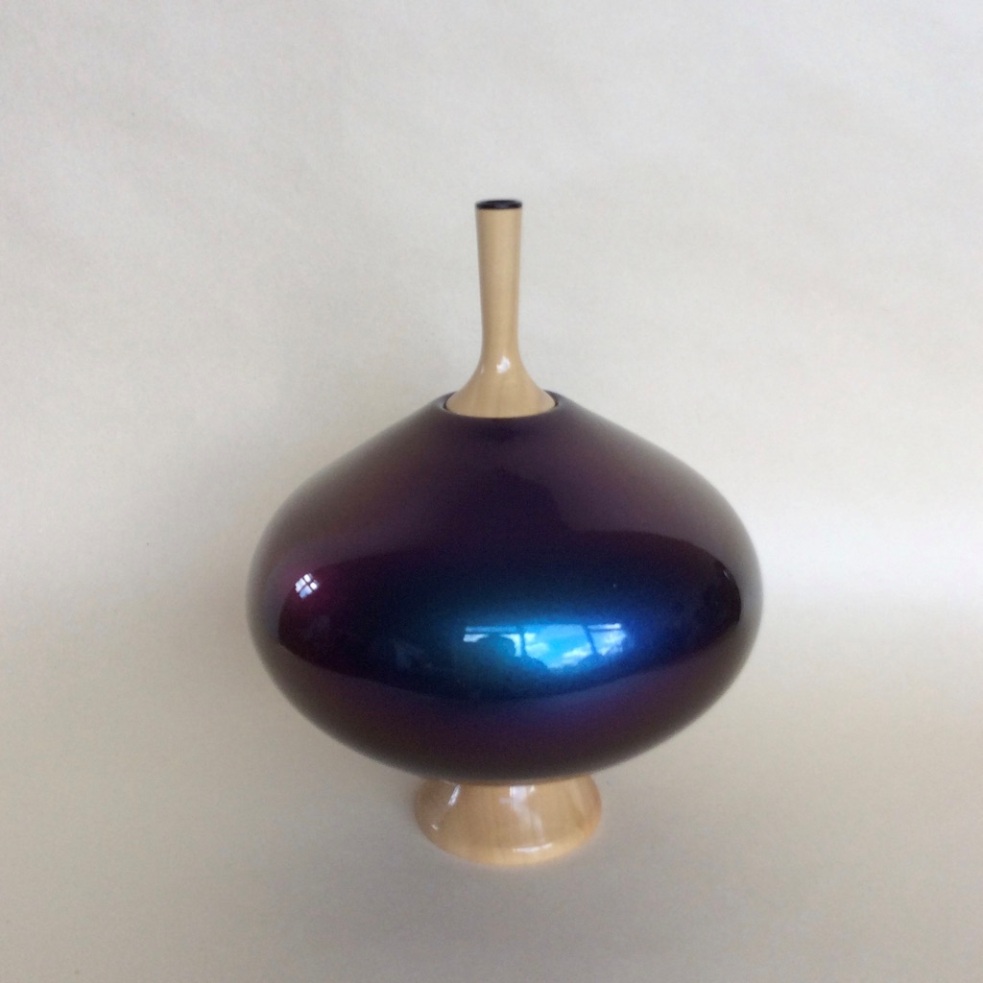 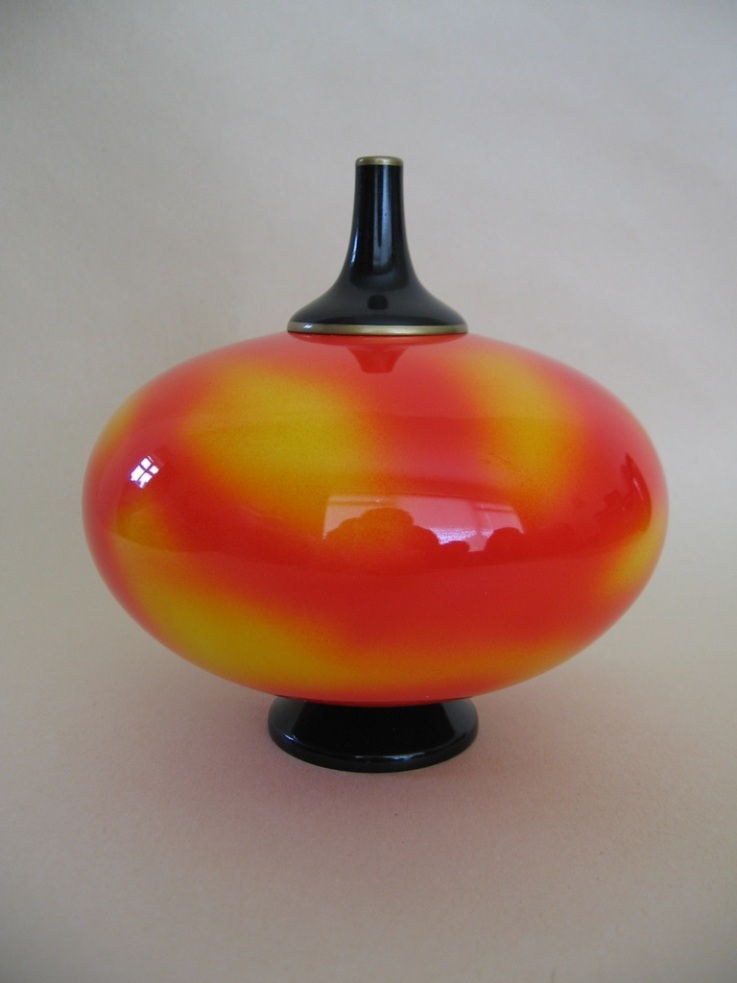 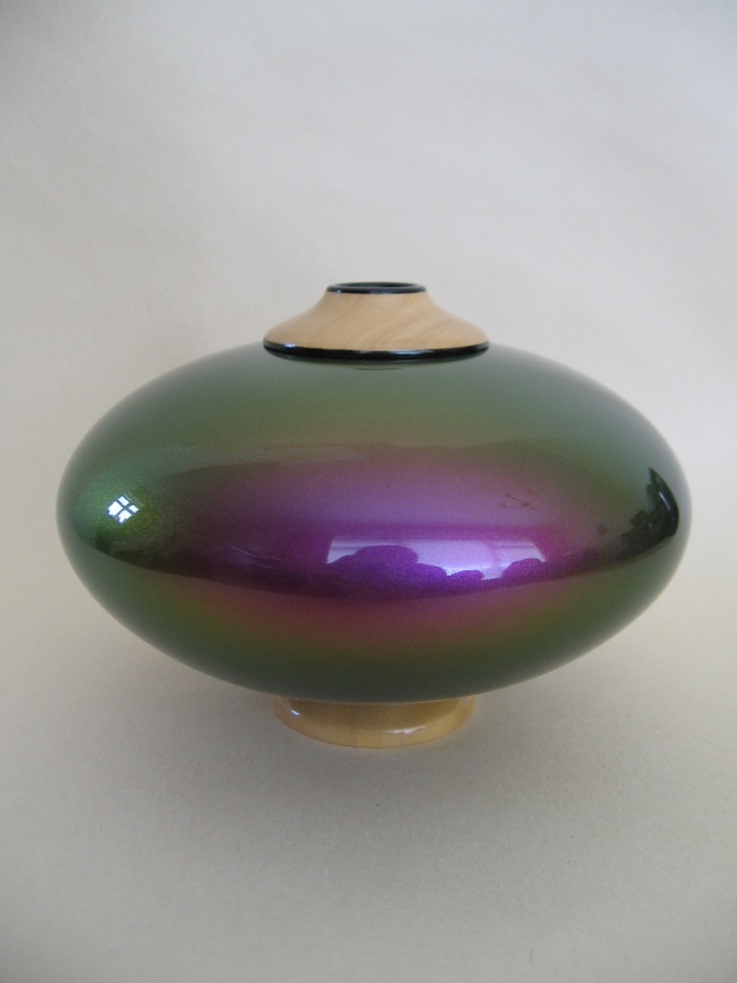 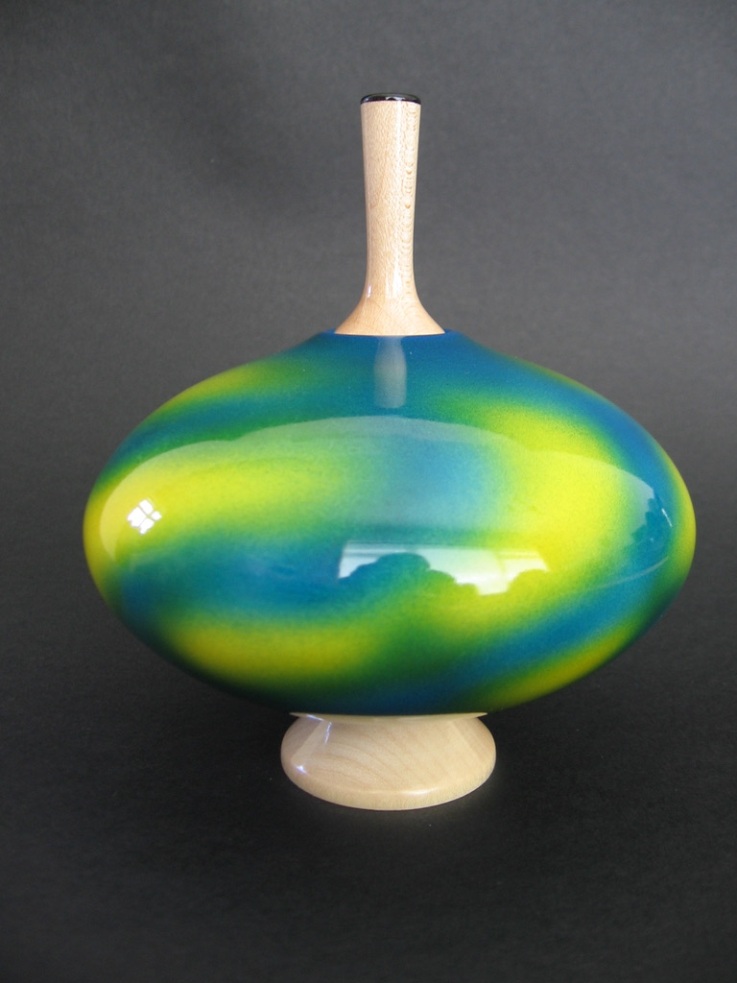 Ted was born in Essex in 1942 and lived there until moving to Sudbury in Suffolk over thirty years ago. He worked in mechanical engineering until taking early retirement when he obtained a lathe and taught himself woodturning and other woodworking skills.

The artistic pieces that Ted now produces are so much more than his early accomplished wood turned work. The elegant forms are still important and fundamental to the completed piece but it is the colouring and finishing which makes his work stand out. Ted has developed his own style and technique with various methods of applying spirit dyes, acrylic paints and metallic mediums. Once he is happy with the design and colouring the work is coated with finishing oil or clear lacquer before a completion process of burnishing and polishing to achieve the desired final lustre. The overall effect is often described as being like porcelain or glass.

The majority of the timber that Ted uses is from British native trees but a small amount of exotic hardwoods are sometimes incorporated and these are all obtained from sustainable sources.

Ted sells his work through various galleries and art exhibitions and was recently one of twelve wood-artists selected from several hundred applicants invited to participate in the “Proud to Present” International Woodart Exhibition in Hay-on-Wye. Ted also has work included in the prestigious Daniel International Woodart Collection in England and private collections in America, Australia and Europe. 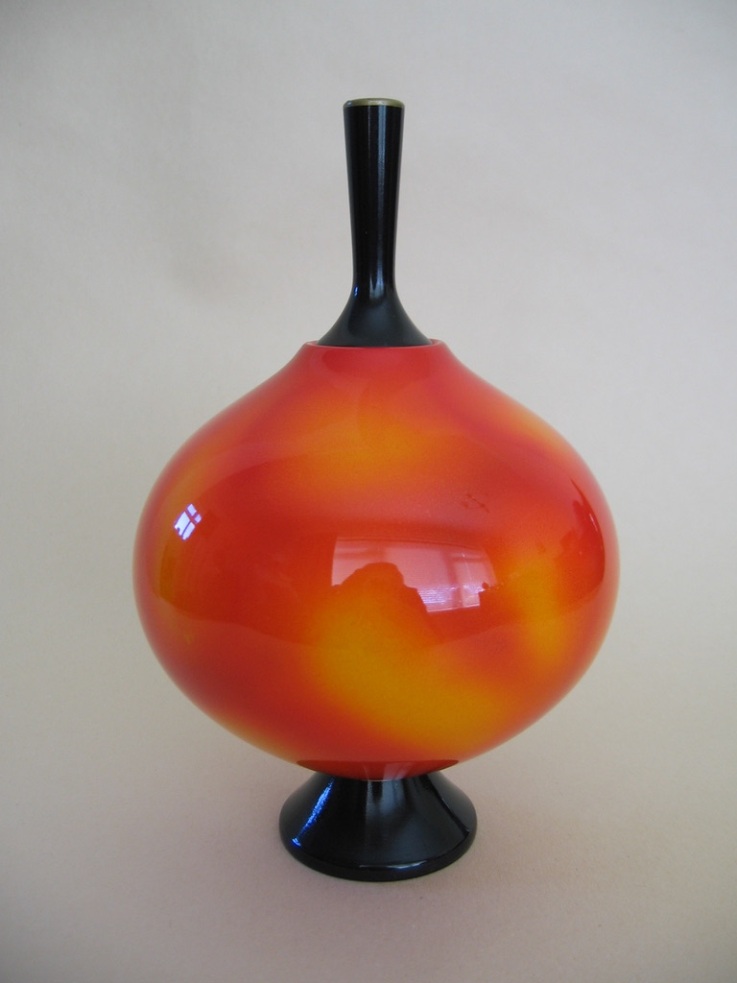 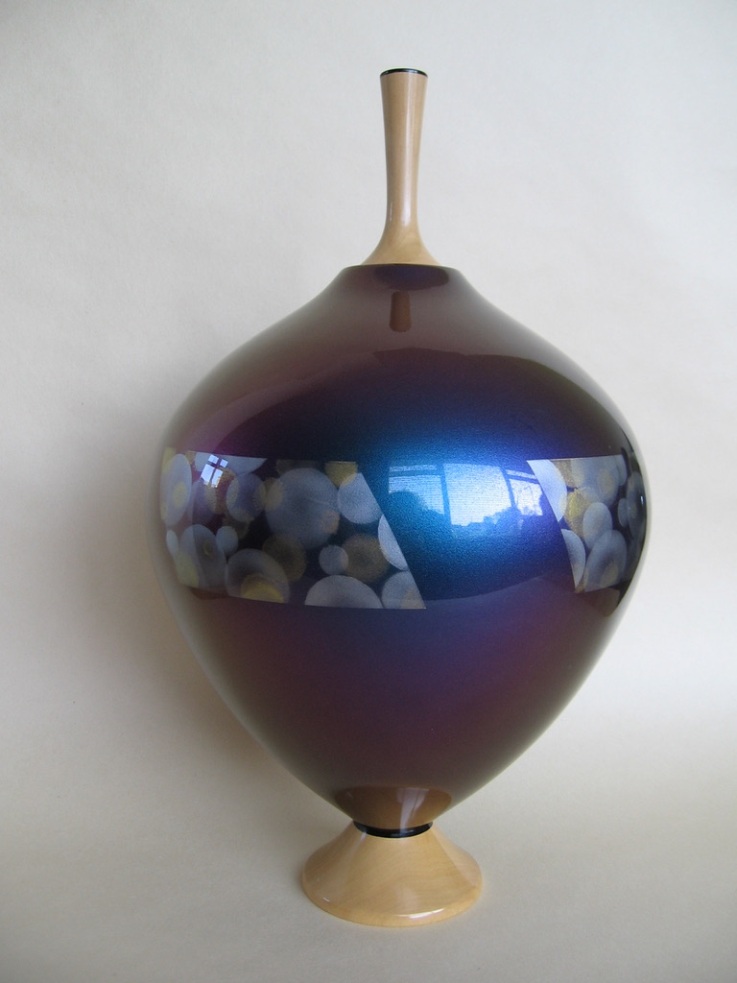 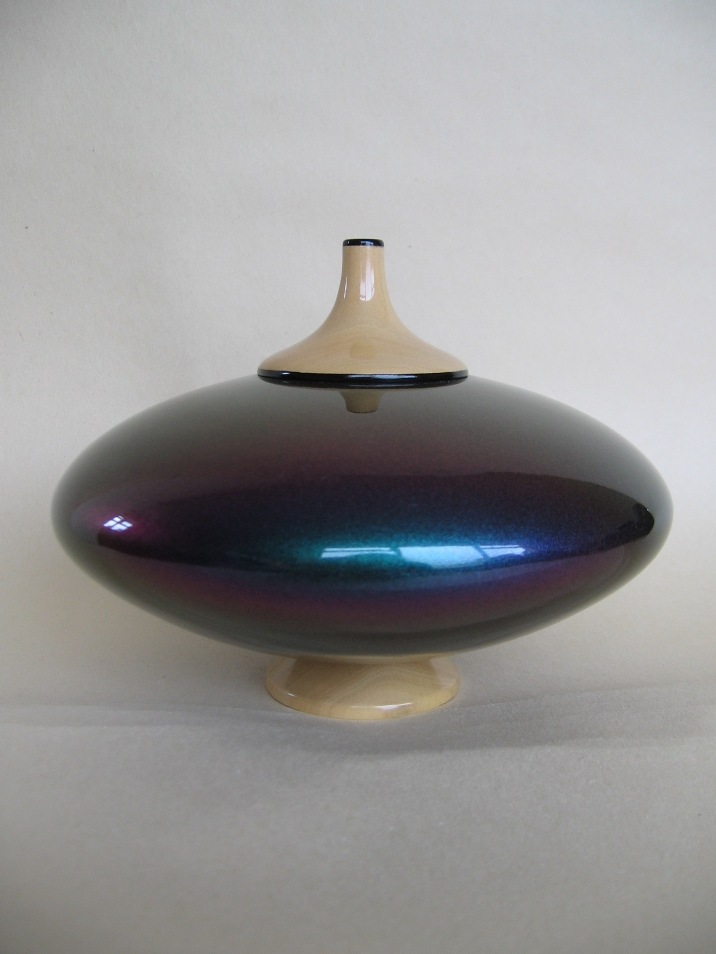 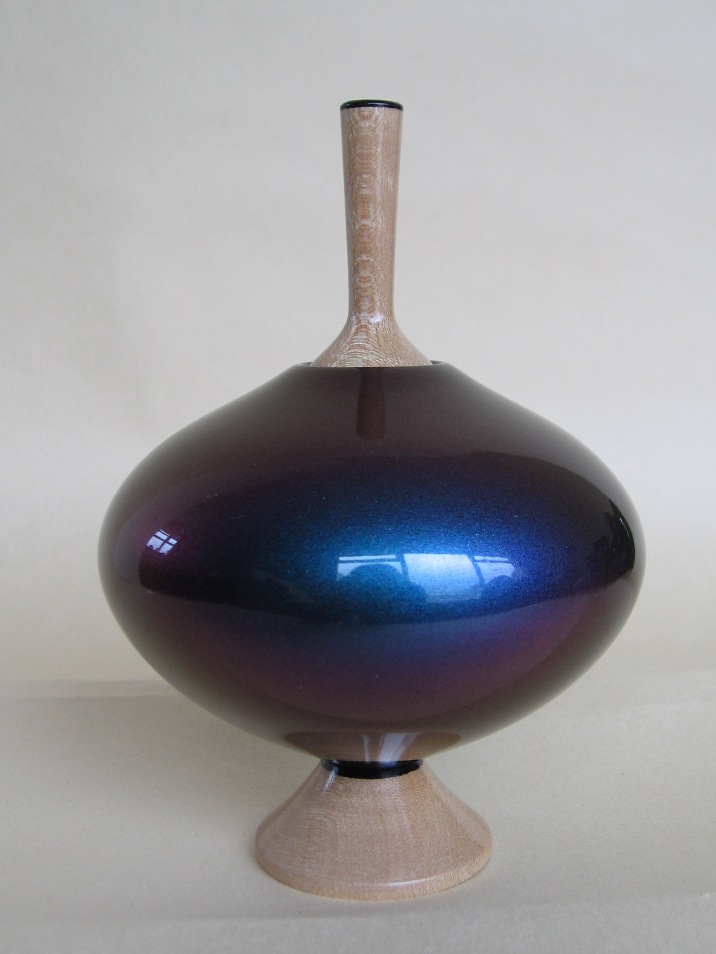 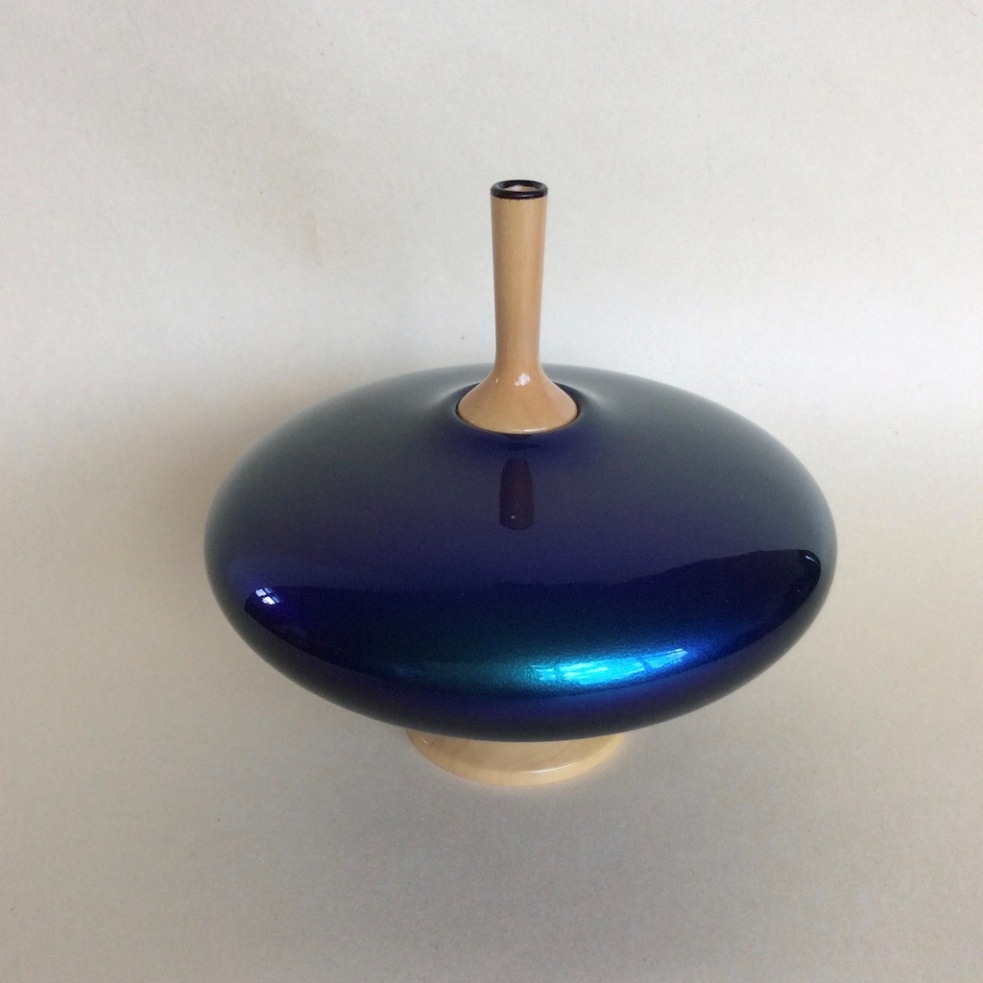 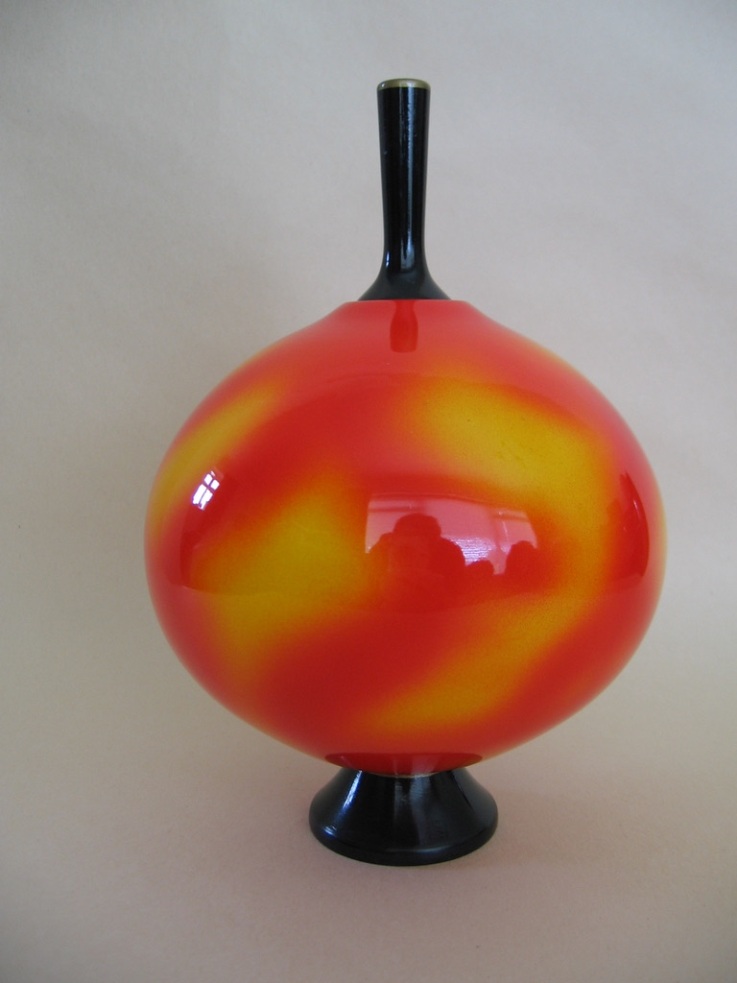